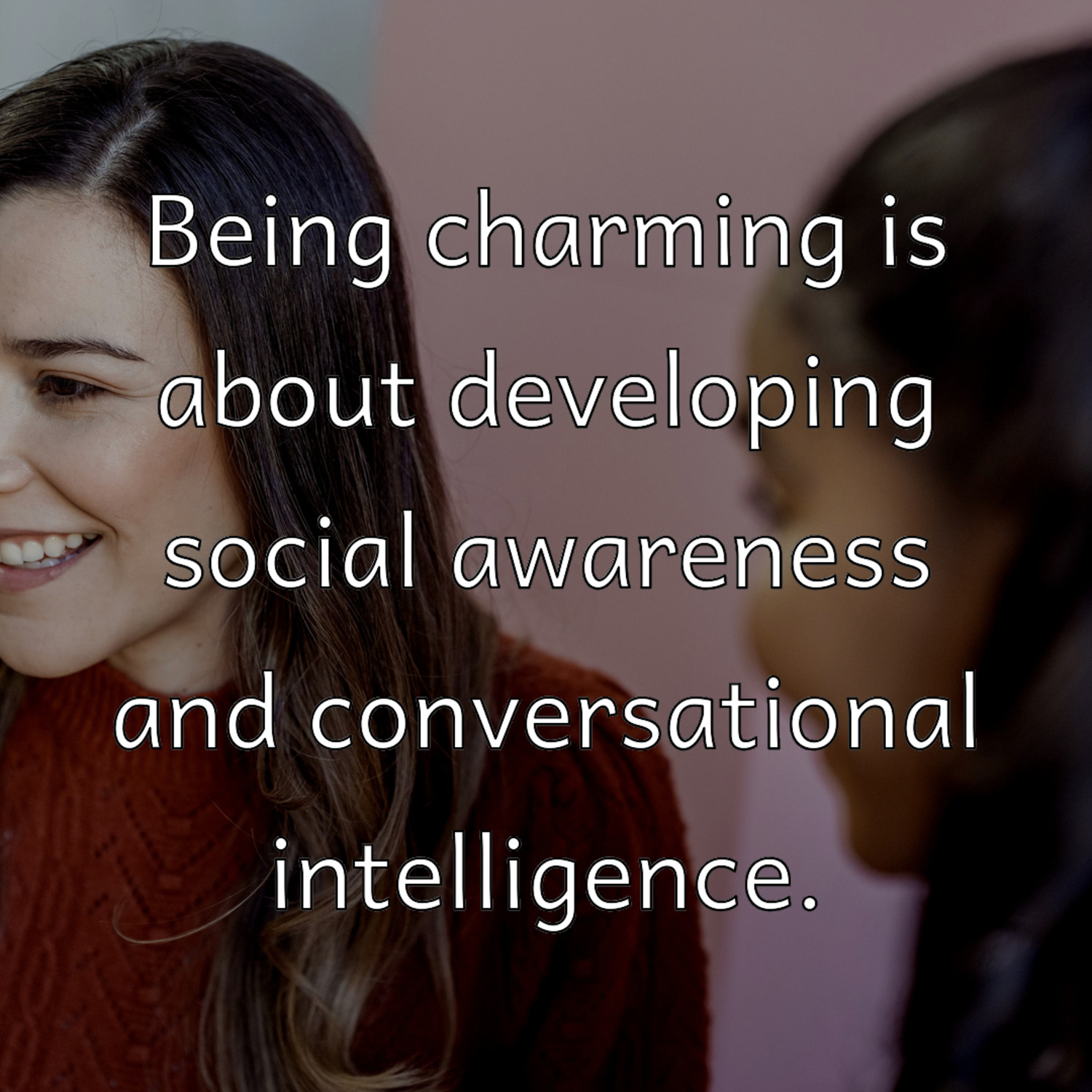 • Being charming is about developing social awareness and conversational intelligence. Much of this depends on empathy, and being able to step outside your own reality bubble and honestly see your own blind spots in conversations.

• Try not to ever assume that other people think, feel or believe as you do, or that their conversation experience is the same as yours. “Double click” on what they share with you and be genuinely curious and open minded, rather than making assumptions and guesses.

• Contrary to the conventional advice about small talk, you can build rapport with relative strangers by consciously choosing to go deep with them – and such conversations can be less awkward than you imagine. Just don’t complain or pressure people to respond in a particular way.

• Show people that you’re paying attention and understand them by using the principles of cold reading. Invite their participation, use high-probability generalized statements, downplay incorrect guesses, and collect observations to show people that you really get them.

• Generally, people tend to hide the fact that they want a conversation to end, and most people wish conversations ended sooner. Play it safe by quitting while you’re ahead. Gracefully disengage by waiting for a gap, starting with a positive, making an excuse, and leaving with warmth but also firmness.

Show notes and/or episode transcripts are available at https://bit.ly/social-skills-shownotes

Learn more or get a free mini-book on conversation tactics at https://bit.ly/pkconsulting